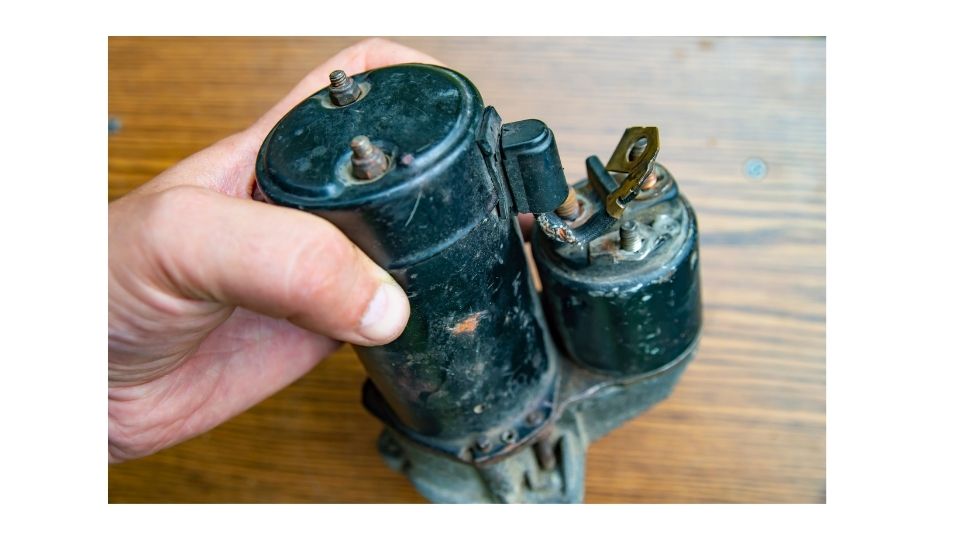 Ever wondered what the Ford F150 starter replacement cost is? Well, I am going to help you with just that in this article. Starter problems will occur at one point in the course of the lifespan of a car. The lucky few will escape this but if you own a vehicle over a long period or you buy one that’s pre-owned and has a lot of miles on it, it’s unlikely that will be your story.

How Much Does it Cost to Replace a Starter on a Ford F150?

In short, the average cost for a brand new starter is $610 the cost will range anywhere from $320 to $900. The prices vary based on the year of your F150 and where you are buying it from.

If you are going to use a mechanic to do the job, you can expect to spend an additional $90 to $115 depending on several factors.

There are tell-tale signs that will show you that the starter on your truck has gone bad. If you experience any of these, there is a high likelihood that you need to be looking into your starter.

A common sign of a seized-up starter is a loud clicking sound when you turn the engine on. This isn’t always caused by a faulty starter only though as other problems like a flat battery may lead to this happening. If the battery issue has been eliminated, then there is a high probability that the problem has to do with the starter.

Asides from having a poor quality starter, to begin with, your starter’s longevity can also be affected by how you treat it.

One of the biggest causes of starter failure is when you continually engage it when the engine is running. You can end up damaging the engagement teeth or burning them outright.

Related problems that could also arise include the flywheel’s ring gear getting damaged as well. It is important that you are mindful of doing this to avoid causing damage to your starter.

How Much Can I Expect to Pay to Replace a Starter on My F150?

The answer to this question is relative based on several factors including how well you handle the starter motor or other mechanical issues that may occur in that particular model year.

Generally speaking though, you can expect to get 200,000 miles or more from your starter on your F150 truck. Is it

Worth it to Rebuild a Starter?

Just like most things, brand `new will always be better than second hand or repaired. This is more or less the case when it comes to starter motors as well. One of the biggest issues when it comes to repairing a starter motor is that you will have parts in different stages of wear and tear.

Can you Start a Ford F150 With a Bad Starter?

The options available to you will differ based on the transmission you are running on your truck. If you own a manual transmission F150, you have the option of a push start.

It’s also worth noting that the issue could actually be the battery and not the starter so you may need to verify this before taking any corrective action.

Whether you opt for a full replacement or repair will largely be determined by your budget. The best option when it comes to replacing the starter motor on your Ford F150 will obviously be a complete replacement.

However, if finances are an issue, you can get away with a repair job but be prepared to experience some possible issues down the road.